Gloria Peritore is a professional kickboxer and K1. A.K.A. The Shadow by the commentators who, after her debut in Bellator, gave her this nickname for her way of moving in the ring. At the age of 21 she began her journey in kickboxing, in Florence, Italy, debuting in 2011 in light contact kickboxing, after a few months from the beginning of her training, she disputed 6 matches and made her debut in full contact. In 2013 the transition to the pro scene and in the following year, she won the ISKA World Championships in Spain, Lloret de Mar, and then participate in events of global relevance in different countries, such as China, America, Japan, Spain, France and England.

Gloria has several records in her sport: the only woman to boast 5 participations in Oktagon, winning 3 of them, and the first Italian to win Bellator in America, against the strong Denise Kielholtz, with whom later disputes the first Bellator world title in the history of the American organization. In 2019, she moves to Rome to train her MMA skills with Lorenzo Borgomeo and later, she moves to the Raini Clan, with Manuele and Milo Raini, with whom she conquers her first professional world belt and becomes ISKA World Champion in the -52kg (Flyweight). Moreover, Gloria was the first Italian woman to be called to fight at K1GP in Japan.

Her passion for mental training, led her to specialize in the last year as an NLP Trainer, and she currently supports many girls who practice the same sport as her, to help them increase their performance in combat. She also does marketing and social media marketing for several companies and organizations in the sports industry.

Gloria is founder and president of “The Shadow Project”, an anti-violence association that aims to help those who suffer or have suffered psychological and physical violence, through a sports journey, based on combat, as well as being a testimonial of AICS (anti-bullying association). 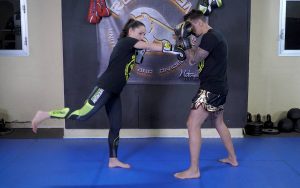 The fundamental concepts of Kick Boxing with the Raini Clan. Vol. 1 & 2 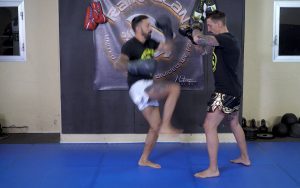 Learn the fundamentals of Kick Boxing with the Raini Clan Vol. 2

In this course you will also find the techniques used and explained by Gloria Peritore and Mattia Faraoni. Average duration 100 minutes. 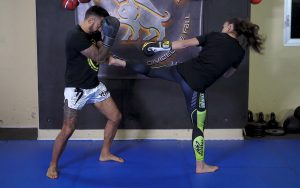 Learn the fundamentals of Kick Boxing with the Raini Clan Vol. 1

Enjoy the exclusive coded system of Coaches Manuele and Milo Raini who have developed it over the years of competition all over the world. Average duration 63 minutes.