Marco Bancone is a second grade black belt in Jiu-Jitsu, currently Head Coach of the Milanimal academy. Milanese by birth, he has been a martial arts practitioner since childhood and combat sports since the age of 16. He was among the most active Italian athletes of his generation, competing in IBJJF, UAEJJF, ADCC, UIJJ, FIGMMA and “Invitational” events. Trainee since 2005, he began teaching in 2009 and earned his black belt in 2014 from Andrea Baggio, founder of Milanimal. 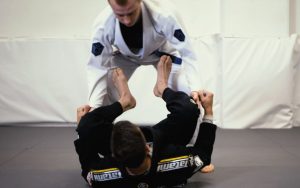 With this course, you will not only learn the best guard recoveries, but you will also discover the drills and concepts for turning your guard into a wall.